Whereas a lot of people in Hollywood enjoy the title of ‘Producer’ on their resumes, Steve has earned it by producing over 700 TV shows and a dozen movies over the last 40 years.
Steve’s first job in Hollywood was as an assistant film editor for Roger & Gene Corman, followed by three years as Orson Welles’ film editor. From 1977-1980, Steve produced 540 half-hour, multi-camera episodes of multiple series, which appeared on first run syndication and early cable TV. He directed over 350 of these shows.
Steve has had myriad experience with single- and multi-camera film and Hi Def video formats, with Visual Effects, animation, stunts, and special effects. Having authored the book, “So You Wanna Be A Producer?” being used in dozens of film schools around the country, you could say he’s an expert in this arena. As the second American to produce a TV series in Canada—24 hours of Airwolf for the USA Network—Steve is well versed in the TV & Film making process as well as the development of these projects.
When Steve met Shawn for the first time at the “W” Hotel in Hollywood on a joint venture with Disney & Wal-Mart for funding a kid’s feature film, Steve disclosed to the Producers and Directors at that meeting: “Shawn is a true example of my book on How to be a Producer without being dependent on the major Studios or Families controlling Hollywood feature film industry”. Excited and many hours later with Shawn, he signed his book to him and Steve became one of Shawn’s favorite “Real-no-smoke and mirrors” Line Producers. 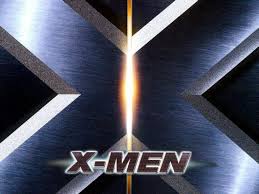 I must say Mr. Shawn A Sequeira with all his SAS divisions will out do us all in the movie industry. The best keep Secrete of Hollywood that loves his work without compromising his Christian values. We all know that sas is truly what inspires us all in the movies.
Thankyou for your creativity and support in all our movies.