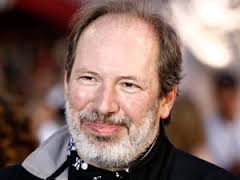 Hans Zimmer a German-born composer, is recognized as
one of Hollywood’s most innovative musical talents, having
first enjoyed success in the world of pop music as a member
of ‘The Buggles’. The group’s single Video Killed the Radio Star became a worldwide hit and helped usher in a new era of global entertainment as the first music video to be aired on MTV. Zimmer entered the world of film music in London during a long collaboration with famed composer and mentor Stanley Myers.
Hans Zimmer soon began work on several successful solo projects, including the critically acclaimed A World Apart, and during these years Zimmer pioneered the use of combining old and new musical technologies. Today, this work has earned him the reputation of being the father of integrating the electronic musical world with traditional orchestral arrangements.
Hans Zimmer’s additional honors and awards include the prestigious Lifetime Achievement Award in Film Composition from the National Board of Review,
and the Frederick Loewe Award in 2003 at the Palm Springs International Film Festival. He has also received ASCAP’s Henry Mancini Award for Lifetime Achievement. Hans and his wife live in Los Angeles and he is the father of four children.